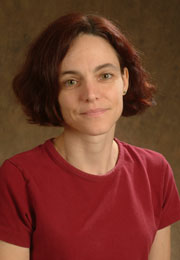 
After decades of clinical trials, no effective treatment has yet been found for DIPG. While we now know a lot about the genetics of this disease, this has unfortunately not thus far led to improved survival for children with DIPG. To better understand the disrupted pathways in DIPG we performed an analysis of their proteins and how these differed from normal brain. One of the interesting pathways that came up was the methionine (an essential amino acid) metabolism pathway. We then tested DIPG patient cells and found that they are particularly sensitive to methionine withdrawal. Here we propose to test the effects of methionine deprivation on cell survival, death, and proliferation as well as methionine metabolism of DIPG cells. We will then test the ability of methionine deprivation to prolong survival in mice harboring DIPG either alone, or together with radiation. We will learn why low methionine levels are detrimental to cancer cells and tolerable to normal cells and how this can be utilized therapeutically. Low methionine diets are very tolerable to humans and are similar to a vegan diet thus this method is readily transferable to the clinic without extended drug approval requirement and
expense. Methionine dependency has never before been studied in DIPG and represents a novel approach to therapeutically target DIPG.