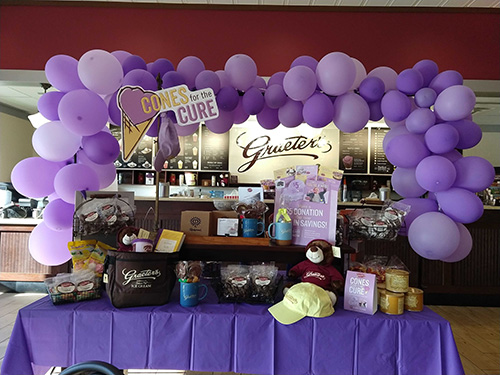 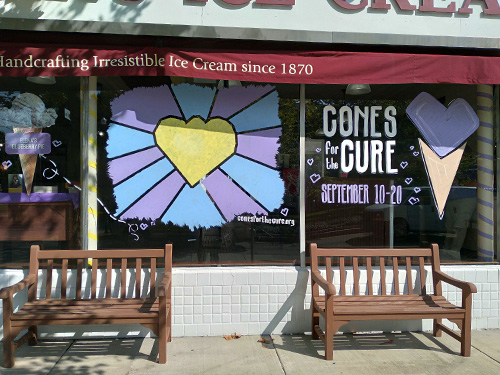 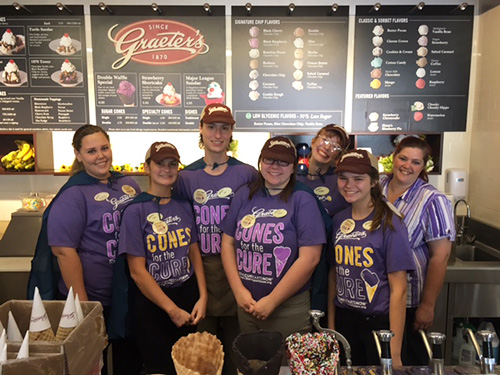 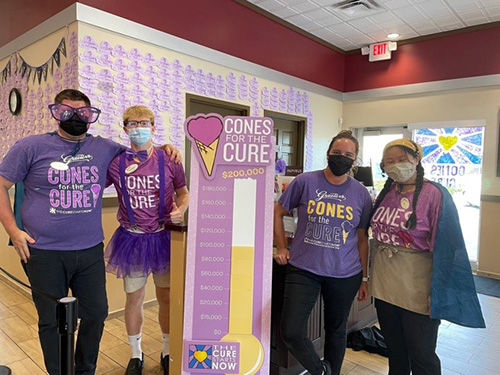 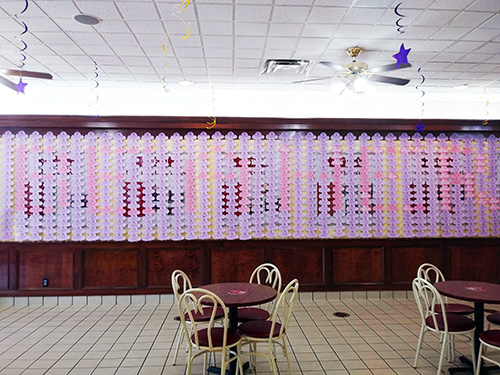 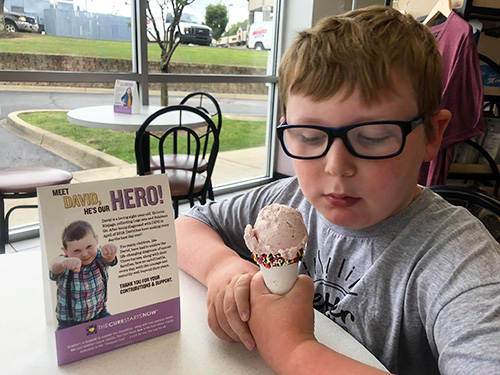 The partnership between Graeter’s Ice Cream and The Cure Starts Now was formed during the first Once in a Lifetime Gala.  One of the special auction items was a private tour of the Graeter’s factory along with working closely with the ice cream experts to create the winners own special flavor.  The ice cream flavor that the Grotekes, a local family who won the auction, created was Blueberry Pie Ice Cream which eventually was renamed to Elena’s Blueberry Pie Ice Cream.   Thus, began the partnership that eventually created the annual Cones for the Cure campaign.

“Every year we help raise money for The Cure Starts Now with our signature ice cream flavor,” said Chip Graeter, 4th generation co-owner of Graeter’s. “It’s so easy to say ‘not this year’, but there still isn’t a cure for pediatric cancer, so we still have work to do. We created this special ice cream flavor more than a decade ago and have been committed to this cause ever since. We’re not stopping now.” -Chip Graeter, Owner, Graeter’s Ice Cream

Are you involved with a business that is interested in partnering with us in the fight against pediatric brain cancer? Don't hesitate! — Chat with us today and we'll provide you with some easy options to get started.

GIVING OUR CHILDREN A VOICE

Since 2007, The Cure Starts Now has been one of the leaders in non-government funding of pediatric brain cancer research and a pioneer to the efforts to find the homerun cure to all cancers, starting with DIPG.