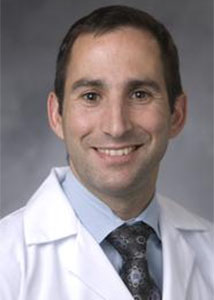 DIPG is a rare type of childhood brain cancer that is currently incurable. One barrier for progress against DIPG is the development of predictive models, i.e. models in which observations regarding the evaluation of new therapies will accurately predict observations in clinical trials for children with DIPG.   Models are important for a rare disease like DIPG as it would take a very long time to test every new potential therapy in a clinical trial for children with DIPG. While models will always be imperfect, developing improved models can accelerate the development of effective treatments for children with DIPG.  Studies using human DIPG tissue as well as postmortem human pons tissue strongly suggest that a protein called Olig2 is expressed in the original cell that acquires genetic alterations and gives rise to DIPG. Therefore, developing a mouse model that is initiated in Olig2-expressing neonatal brainstem progenitors and harbors genetic alterations commonly seen in DIPG may yield a more predictive model.  Here we propose to characterize an improved DIPG model that arises in Olig2- progenitors and to evaluate whether H3.3K27M, a genetic event present in the majority of DIPGs, influences DIPG tumor cells’ response to radiation, a treatment that children with DIPG receive.