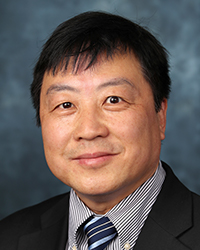 The objective of this application is to determine if combining ionizing radiation with the newly-described steroid receptor co-activator (SRC) small molecule stimulator MCB-613 will lead to enhanced tumor cell killing and significantly improved therapeutic efficacyin vivo in patient tumor-derived orthotopic xenograft (PDOX) mouse models of diffuse intrinsic pontine glioma (DIPG). DIPG is the most lethal childhood cancer, and virtually all children with this disease die within 1-2 years of diagnosis. Challenges for the development of new therapies include the lack of clinically-relevant and biologically-accurate animal model systems, difficulties of drug delivery into the pons across the blood brain barrier (BBB), and rapid development of drug resistance. Fortunately, solutions to overcome these challenges have emerged: 1) We have established a panel of PDOX models of DIPG in the brain stems of SCID mice. We have successfully utilized these models for pre-clinical in vitro and in vivo studies evaluating the efficacy of new therapeutic agents against DIPG. 2) Colleagues in our institution have recently described a new anti-neoplastic compound—MCB-613—with a novel mechanism of action. Unlike traditional anti-cancer drugs which are aimed to inhibit over-expressed oncogenes/pathways, MCB-613 acts by stimulating a specific series of oncogenic genes, the steroid receptor co-activator proteins (SRCs). SRCs are typically over-expressed in cancer cells, leading to accelerate tumor growth, invasion, and metastatic spread. Counter-intuitively, over-stimulation of SRCs by MCB-613 leads to tumor cells death secondary to increased cellular stress and the generation of toxic reactive oxygen species. The drug has only minimal biological disruption of normal cell homeostasis and shows pre-clinical activity in various cancer pathologies, including invitro efficacy against pediatric DIPGs. 3)Most relevant to the treatment of DIPG, MCB613 not only penetrates the intact BBB but actually accumulates over time in brain tissue.
Our central hypothesis is that treatment of DIPG with MCB-613 in combination with ionizing radiation will prolong animal survival times compared to mice treated with placebo and with radiation alone To test our hypothesis, we will utilize our established PDOX models of DIPG to accomplish the following Specific Aims: 1) Determine if the combination of ionizing radiation with i.p. injected MCB-613 will prolong animal survival compared to placebo and radiation-only treated animals, 2) Understand mechanisms of MCB-613-induced DIPG cell killing, and 3) Identify the cellular and molecular causes of MCB-613 therapy resistance.
This proposal is innovative on several levels. Firstly, our panel of intra-brain stem DIPG PDOX mouse models is derived from terminal-stage DIPG patients; consequently, they represent therapy-resistant disease, which is in desperate need of new therapies. These models provide us with unprecedented opportunities to study tumor biology and test new therapies in vivo in a micro-environment closest to human DIPGs. Secondly, our research proposal is the evaluating the therapeutic efficacy of MCB-613, a newly-synthesized anti-neoplastic compound with a novel mechanism of action. This drug crosses the BBB and accumulates in brain tissue, thus allowing MCB-613 to research the tumor site. Indeed, MCB-613 has already shown promising anti-tumor activities against DIPG cells both in vitro and in vivo.
Completion of our proposed study should provide strong preclinical evidences for the initiation of clinical trials of MCB-613 in children with DIPG. Since our treatment approach combines MCB-613 with radiotherapy, the standard treatment for DIPGs, and our chances of rapid translation of the drug into clinical trials are greatly improved. Additionally, this study will also provide critical insight about the use of SRCs as predicative marker of MCB-613 responsiveness, which in turn should facilitate patient stratification in future clinical applications. Finally, our analysis of drug resistance mechanisms of MCB-613 in vivo in DIPG xenograft tumors should provide new clues for new drug combinations to further improve therapeutic efficacy of MCB-613.