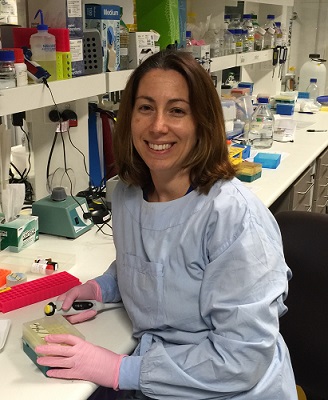 Diffuse Intrinsic Pontine Gliomas (DIPG) are the most aggressive of all childhood cancers.  They are a type of brain tumour that peak in incidence at 5-7 years of age and are the most common form of malignant glioma to affect children.  There are absolutely no effective treatments and current therapeutic strategies are palliative only. Due to their location within the brainstem the tumours cannot be removed surgically, they do not respond to chemotherapy, and radiotherapy only slows their growth temporarily.  Novel and innovative treatment approaches are therefore urgently needed.  In collaboration with Prof Monje (Stanford University, USA) and Dr Montero-Carcaboso (Saint John of God Foundation, Spain) we have established 7 neurosphere-forming DIPG cells and used these to perform the first ever high-throughput drug screen (HTS) of 3,500 bioactive pharmaceutical compounds. This screen has identified fenretinide as having significant activity against the DIPG cultures.  Fenretinide is a synthetic retinoid that is well characterized, well tolerated in children and has been tested in the treatment of adult and paediatric cancers. It has never previously been assessed for the treatment of DIPG. The exact mechanism of action of fenretinide-induced cell death isn’t completely understood. However it has been suggested that its cytotoxic effects might be initiated by retinoic acid receptor (RAR) dependent and independent mechanisms. Furthermore it has been found to cause accumulation of reactive oxygen species (ROS) and lipid second messengers resulting in cell death through apoptosis. Our preliminary experiments have identified that fenretinide significantly inhibits proliferation of DIPG neurospheres and induces apoptosis. Furthermore we have found that ponatinib a multi-RTK inhibitor significantly enhances the cytotoxicity of fenretinide. Surprisingly we have made the novel discovery that fenretinide inhibits phosphorylation of receptor tyrosine kinases (RTK) including PDGFRa, RET and downstream targets of the Phosphoinositide 3 kinase (PI3K)/AKT pathway. Combination treatment with ponatinib, leads to enhanced suppression of this tumorigenic pathway. These findings indicate that DIPG cells are sensitive to pharmacological inhibition of RTK/PI3K/AKT pathway and that fenretinide represents an exciting new therapeutic strategy for DIPG. We seek here to build upon these initial findings, and to develop the preclinical evidence required to urgently translate these novel discoveries to clinical trial to directly benefit children with DIPG.  We are currently investigating the mechanism of action of fenretinide and intend to evaluate whether its efficacy can be further enhanced with other anticancer drugs and RTK/PI3K/AKT inhibitors. Our aims are to assess the efficacy of fenretinide as a single agent and with the two most advantageous combinations in two animal models of DIPG.  In doing so, we aim to develop the quantum of preclinical data required to rapidly translate this therapy from the bench to the bedside. Our team has all the necessary expertise that will ensure the success of the proposed project and ultimately the implementation of the discoveries into the clinic. Dr Maria Tsoli is a senior postdoctoral researcher with particular expertise in DIPG cell culture and xenograft models, cancer cell biology, drug discovery, computer simulations and has been involved together with Dr Ziegler in the co-supervision of a PhD student who has provided the preliminary data described in this project. Dr Ziegler has preclinical expertise in paediatric malignant brain tumours and his clinical focus on early phase clinical trials will facilitate translation of positive results to the bedside. Drs Monje and Montero-Carcaboso will continue to assist in providing DIPG cell cultures, and two DIPG animal models for performing the in vivo validations. The support of Dr Ziegler and Prof Haber at the Children’s Cancer Institute provides an invaluable environment to ensure the success of this novel research program, and with the ultimate goal of improving outcomes for children diagnosed with DIPG.