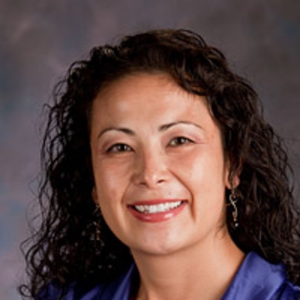 Background: The prognosis for diffuse intrinsic pontine gliomas (DIPG) remains dismal. Although radiotherapy can extend survival by 2-3 months, no adjuvant therapy has proven effective, despite the numerous trials conducted in the past 4 decades.  Similarly, high-grade gliomas (HGG), particularly those which are not resectable and/or are Grade IV, have a poor outcome, with standard of care remaining upfront radiotherapy.1

Recently, genomic sequencing studies yielded insight into the genomic framework of pediatric DIPG and HGG uncovering mutations of chromatin remodeling genes H3F3A and HIST1H3B as well as alterations of checkpoint cell cycle regulators (CDK4/6, CDK2NA).2-7 Deregulation of cyclin dependent kinases (CDK) are hallmarks of tumorgenesis and invasiveness.8 Specific aberrations of DIPG and HGG include focal gains in CDK4/6, Cyclins D1-3, or homozygous Ink4a-ARF loss (CDK2NA). 3,5,7 Most recently, therapeutic targets in DIPG have been identified and of the 14 compounds that demonstrated activity against DIPG cell cultures, CDK inhibitors were included as a top hit.9 LEE011 (Novartis) is an oral small molecule specific inhibitor of CDK4/6 complexes resulting in growth arrest and is dependent on the tumor suppressor protein, retinoblastoma (Rb). Preclinical studies have demonstrated in vitro and in vivo efficacy with CDK 4/6 inhibition in glioblastoma cell lines and DIPG xenograft models.10,11 Available data suggests that over 70% of DIPG patients have an intact Rb4,12 and approximately 90% of HGG have expression of Rb. 6,7,13 Based on these data, patients with HGG will be screened for Rb mutation prior to enrollment and DIPG patients as an optional biopsy study.  DIPG patients not biopsied will be treated in the same manner as the Rb+ stratum. LEE011 has a tolerable toxicity profile in adults and pediatrics with myelosuppression as the main dose-limiting toxicity. The phase I pediatric study in recurrent malignant rhabdoid tumors, neuroblastoma or tumors with cell cycle pathway aberrations reported the recommended phase II dose as 350 mg/m2 daily for 3 weeks and 1 week off schedule. The goal of this proposal is to conduct a feasibility and early efficacy study in patients with newly-diagnosed non-biopsied DIPG and Rb+ biopsied DIPG and HGG. Our team is poised to lead this trial with our multidisciplinary expertise including neuro-oncology, neurosurgery with Brainlab®, clinical trial research staff, neuropathology, neuroradiology, and basic scientists.  Furthermore, we are a referral center for the Ohio NeuroOncology Collaboration and a collaborator in the DIPG registry.

Statistical Considerations:  Stopping rules have been defined to assess the feasibility of LEE011 administered following radiotherapy for up to 12 courses. We will estimate OS for patients by each stratum using KaplanMeier curves. Budget: We request $200,000 to cover patient care costs not covered by insurance/Sponsor and costs supporting regulatory efforts. A portion of the funding will also go toward salary support for the study PI, statistician, and social work for support and resource navigation.

Clinical Significance: This study will have significant clinical impact in providing long term safety and early efficacy of LEE011 in newly diagnosed patients with DIPG and HGG.   This data will provide support in combining LEE011 with other top targeted therapies in DIPG and HGG (ie. RAD001, Panobinostat).