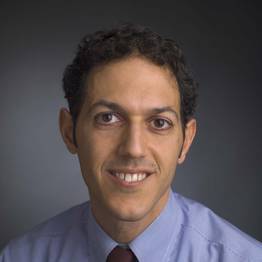 Children diagnosed with Diffuse Intrinsic Pontine Gliomas (DIPGs) face a dismal prognosis, with rampant progression after initial therapy with chemoradiation and a median survival of less than two years. These tumors are universally fatal, with tumors rapidly exhibiting resistance to the current treatments. Therapeutic strategies that delay or ablate the development of resistance are required to improve survival. In this project we will test the central hypothesis that DIPGs exhibit genomic evolution in response to chemoradiation therapy and that differences in the somatic genetic profiles of DIPGs point to mechanism by which DIPGs acquire resistance. Targeting these resistance drivers could represent novel therapeutic approaches to attenuate the acquisition of resistance. We will also test the hypothesis that over-expression of specific genes contribute to the development of resistance, and that identification of these genes will also represent potential therapeutic strategies to ablate or delay the development of resistance. The goal of this proposal is to characterize the mechanisms through which DIPGs can acquire resistance to standard chemoradiation therapy, which will guide the development of therapeutic strategies to overcome such resistance.
Resistance of high-grade pediatric glial neoplasms such as DIPGs to current therapeutic approaches results in very poor long-term survival. This project will systematically examine such resistance mechanisms specifically in the setting of highly lethal DIPGs. We will address at least two mechanisms through which DIPGs can acquire resistance. First we will profile the somatic genomic landscape of resistant DIPG samples to identify driver resistance alterations. Second we will identify specific genes and pathways which when over-expressed contribute to resistance. The results of this proposal will bear clinical relevance in guiding the development of therapies to overcome resistance. To achieve our aims, we will collaborate with the DIPG-BATs clinical trial to access newly diagnosed and autopsy DIPG samples. We will apply multiple innovative technologies including novel analytical methodologies developed by the Beroukhim laboratory and collaborators to examine genomic heterogeneity and to detect sub-clonal populations, and the utilization of a genome-wide lentiviral ORF library to detect genes and pathways that are likely to contribute to the development of resistance.

An Assistant Professor in Medicine, and attending Neuro-Oncologist, Dr. Rameen Beroukhim has substantial expertise to lead this study. Dr. Beroukhim is an international expert of cancer genomics, in particular of copy-number variations in cancers. He has developed computational methodologies to evaluate somatic genetic alterations from high-throughput datasets, and has considerable experience in studying cancer genomes from data generated by whole genome and whole exome sequencing, with an interest in studying cancer heterogeneity and evolution. His laboratory also hasol significant expertise in perform large-scale pooled lentiviral modifier screens in models of pediatric brain tumors. In addition, his appointments at the Broad Institute and the Dana-Farber Cancer Institute ensure access to a rich and collaborative research environment. Dr. Beroukhim will work in close collaboration with Dr. Keith Ligon and Dr. Mark Kieran to complete this protocol. Both Dr. Ligon and Dr. Kieran have led the DIPG-BATs clinical collaboration and have significant expertise in DIPG.
In summary, this proposal will evaluate evolution of DIPGs in response to chemoradiation therapy. The project will determine genomic and transcriptomic factors that influence the acquisition of resistance. The results will guide strategies to optimize the efficacy of current treatments for DIPGs to improve the survival of children diagnosed with this deadly disease.