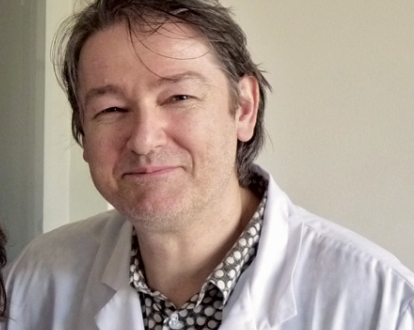 Brain tumors are the leading cause of mortality and morbidity from cancer in children and young adults. Malignant gliomas, including supra-tentorial high grade gliomas (HGG) and Diffuse Intrinsic Pontine Gliomas (DIPG), remain a major therapeutic challenge in pediatric oncology because they are still incurable. The failure of current treatments is explained by the difficulties to do a complete surgical resection, and by the low penetration of drugs commonly used neuro-oncology. This low penetration is related to the existence of the blood-brain barrier (BBB), that consists partly of endothelial cells intimately linked together by tight junctions and prevents about 98% of small molecules and 100% of large molecules to reach the brain parenchyma.

It is now proven that the application on brain parenchyma of low power pulsed ultrasound (US) in combination with an US microbubble contrast agent (UCA) can safely and transiently open the BBB (Hynynen et al, Radiology 2001). A significant increase in penetration of several antineoplastic drugs, high molecular weight antibodies, DNA plasmid and neural stem cells has been observed after US-induced opening of the BBB. Studies on murine models of gliomas even showed an improved tumor control and increasing animal survival. These studies, initially conducted on small animals, have recently been applied by us in primates with confirmation of previous results (Horodyckid et al, J Neurosurg in press).

The skull represents the main obstacle to the use of US in neuro-oncology, since the bone induces distortions and attenuation of ultrasonic energy. Considering the fact that a surgical procedure is systematically carried out during the treatment of primary brain tumors (resection or biopsy), the research team CarThéra™, directed by Pr Alexandre Carpentier, has recently developed an implantable ultrasonic transducer. The concept was described in a recent publication with opening of the BBB in rabbits (Beccaria et al, J Neurosurg 2013). The team was able to demonstrate a significant increase in intracerebral concentration of Temozolomide and Irinotecan in rabbits following US9induced opening of the BBB (Beccaria et al, J Neurosurg 2015). The first clinical trial is under way in La Pitié Salpétrière Hopistal (Paris, France) under the coordination of Pr A. Carpentier (NCT02253212 ; see also Carpentier et al, Sci Transl Med in press).

A few of molecules have shown a very good anti-tumor efficacy on DIPG primary cell lines but many of them have poor diffusion across the BBB (Grasso et al, Nat Med 2015). One of the most effective drugs, the panHDAC inhibitor Panobinostat has recently shown a strong anti-tumor activity in vitro and in vivo, but this molecule presents a low penetrance through the blood-brain barrier (~10% in mouse), and its therapeutic index is limited by hematotoxicity.

There is therefore a strong rationale to explore panobinostat with unfocused US in a preclinical xenograft model of DIPG deriving from treatment-naive biopsies. After adaptation and validation of US parameters in mice, we will explore the pharmacokinetics of panobinostat in blood and brain (pons, cortex, thalamus) in healthy mice and then in DIPG mouse models after opening of the BBB with US. Depending on the results, we will evaluate the anti9tumor activity of panobinostat combined or not with unfocused US in comparison to panobinostat alone in the preclinical xenograft DIPG models. This project has been validated by the ethical committee CEEA 26 and Research Ministry (approval number 2015071316539600 v3, APAFIS#1141). In case preclinical data and safety data in the brainstem are encouraging in mice, we will test the safety of US-mediated BBB disruption in the brainstem of primates. The goal is to obtain the necessary preclinical data to justify the development of a phase I clinical trial to evaluate the feasibility and safety of the technique in children treated for a HGG and DIPG.