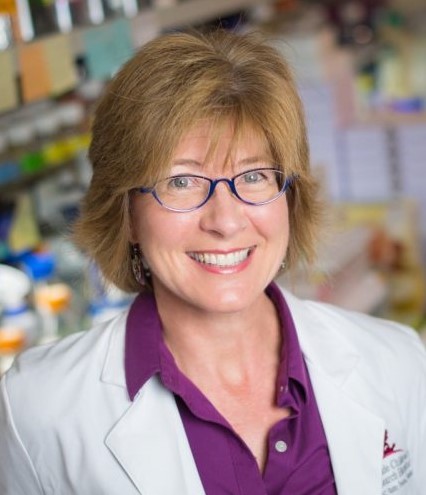 
Establishment and Characterization of Renewable Tissue Resources for DIPG Research

Background:  Due to their vital location, diffuse intrinsic pontine gliomas (DIPGs) are not treated surgically, and the lack of tumor material for research has greatly limited research efforts [1]. Recently, our group and others have used autopsy tissue, and rare biopsy tissues, for genetic analyses of DIPG to identify the molecular defects that cause this disease [2-5].  In addition to identifying genetic alterations that are similar to those found in adult glioblastomas and other types of cancer, including amplifications and mutations in receptor tyrosine kinases and components of the cell cycle regulatory machinery, a unique recurrent mutation in lysine 27 of histone H3 was identified in 78% of DIPGs [6, 7].  Importantly,recurrent mutations in this gene are seen in 36% of childhood non-brainstem tumors, but are very rare or not detected in adult glioblastomas or in 252 other pediatric tumors [6, 8].
The hypothesis of our proposal is that histone H3 mutation confers an extremely powerful selective advantage in tumorigenesis, only in the specific context of high-grade glioma in the developing brain, with a particularly important role in developing brainstem. Therefore, experiments to understand the mechanisms through which histone H3 contributes to tumorigenesis must be conducted in a relevant cell background and physiological setting.  Because the specific cells of origin for DIPG are unknown, the most reliable way to ensure that we are working with cells relevant to DIPG is to establish xenografts and cell lines from primary DIPG tumors.
The goals of our proposal are to establish a renewable resource of primary DIPG tissues that will provide relevant model systems for high-throughput screening to identify compounds that have therapeutic efficacy against DIPG, and for basic research studies to elucidate the mechanisms through which histone H3 contributes to DIPG formation and growth.  To ensure that these models are an accurate reflection of DIPG, and to determine the spectrum of heterogeneity represented by the models, we will perform a detailed analysis of the genomic and gene expression signatures.
Clinical significance:  Although histone H3 mutations are a unifying molecular defect underlying DIPG, these tumors, like other high-grade gliomas, are heterogeneous in the spectrum of other mutations that they carry, which will likely influence their response to therapeutic intervention.  It is critical to establish a collection of physiologically relevant DIPG models that reflect the heterogeneity that will be encountered in treatment of human DIPGs.
Design and Methods:
In Aim 1, we will establish xenografts of DIPGs obtained from autopsies, and serially passage these xenografts to generate a renewable resource of DIPG tissue for research. We will also establish primary cell lines for in vitro experimentation.
In Aim 2, we will use exome sequencing and gene expression arrays or RNA-seq for detailed characterization of the genetic abnormalities and gene expression signatures in each model established.  We will carefully compare xenografts and primary cell lines to the primary tumor tissue to establish the relevance of the models.