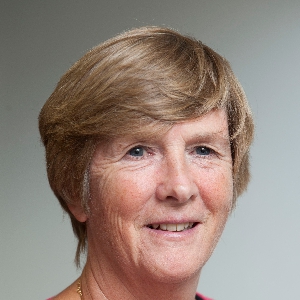 Children with diffuse intrinsic pontine gliomas (DIPGs) have a 2-year survival rate of less than 10%. Compared to other brain cancers, DIPG is particularly difficult to treat because it spreads behind an intact blood-brain barrier (BBB) affecting healthy developing paediatric brain tissue. There are currently no effective treatments for this disease. Although numerous novel mechanisms of biologically targeting these tumour cells are being identified in proof-of-concept studies in the laboratory, validation in living creatures and clinical application is hampered by the properties of the compounds, which are not optimised for penetration through the blood-brain barrier and into the central nervous system. We have invented an ultrasound technology – rapid short pulse (RaSP) sequencing – that delivers drugs to the developing brain with a low risk of side effects.  This will be the first demonstration of ultrasound delivery of chemotherapeutic agents to DIPG using this new technique, one that has been shown to have fewer side effects than existing ultrasound methods. The RaSP drug delivery method for DIPG has the potential to provide the urgently required improvements in the treatment of this disease in the developing brain.

The incidence of DIPG peaks at approximately 6-7 years of age, at a time of extensive myelination in the brainstem.  The ability to improve delivery of novel agents to DIPG cells, not only locally, but into cells spread through the brain, will open up a new wave of clinical trials in the disease using existing drugs without the need for further lengthy medicinal chemistry refinement.

Therapeutic ultrasound is currently engendering considerable interest because it has been shown in extensive studies that, when coupled with microbubble contrast agents commonly used for diagnostic ultrasound purposes, it can increase the spread of drugs out of blood vessels and into tumours.  This means that drugs may be infused into the blood stream, but uptake is only increased locally in the region exposed to ultrasound.  Commonly, the ultrasound beams used are focused, this allowing very selective exposure of tissue regions.  Of particular interest is the finding that ultrasound exposures can lead to a temporary opening of the blood-brain barrier (BBB), thus allowing therapeutic molecules to cross from vessels into the brain.  This is being investigated for a number of applications, including adult glioma treatments, and the first clinical trial involving Alzheimer’s drugs has just opened. The ultrasound exposure technique that we are proposing here provides the safest and most controlled changes in BBB permeability reported to date.  Compared to existing ultrasound methodology, RaSP reduces the time of blood brain barrier opening, thus reducing the risk of neuro-inflammation from blood-borne neurotoxic species such as albumin, and provides improved uniformity of drug distribution throughout the affected regions of the brain.

If this pilot study is successful we will apply for further funding to develop this technique for rapid clinical translation. Success in such a trial will further stimulate considerable interest in focused ultrasound as a technique for the treatment of brain cancers, amongst both clinicians and the general public.