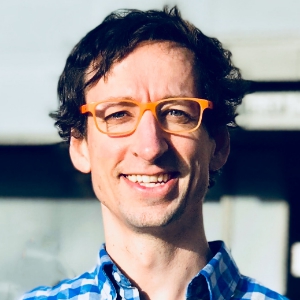 Diffuse intrinsic pontine glioma (DIPG) is a lethal pediatric brain tumor wand few children with this diagnosis survive up to two years. Even with the advent of precision-based medicine, experimental therapies have yet to show benefit beyond standard radiation, highlighting the dire need to identify and investigate novel genetic therapeutic targets in DIPG. DIPG researchers now know that the patterns of mutations driving the growth of DIPG are unique, when compared to other childhood tumors and adult high-grade gliomas.  As many as 85% of DIPGs harbor mutations in histone H3 variant H3.3, coded for by the H3F3A gene – and our work and others have shown that this mutation results in critical changes in tumor biology.  It is therefore necessary to consider H3.3 mutational status when investigating novel therapeutic targets and pathways for DIPG.

Recent work by our collaborative team has demonstrated a critical genetic target in DIPG, inhibitor of DNA binding 1 (ID1). Inhibitor of DNA binding (ID) proteins are key regulators of pre-natal tissue growth and its regulation has been tied to the pathogenesis of many diseases including DIPG. Our lab has exciting preliminary data that DIPG tumor cells re-activate ID1 signaling that was used pre-natally to build the normal pons, resulting in many of the most aggressive features in DIPG.  We have also found that cannabidiol (CBD), the non-toxic and non-psychoactive member of the endocannabinoid family found in Cannabis Sativa, can reduce ID1 levels and the viability of DIPG tumor cells in vitro.  In order to define ID1 as a therapeutic target in a clinically relevant manner, it is important to establish whether ID1 can be effectively targeted in mouse models of DIPG and to understand how ID1 signaling may be regulated in different H3.3 mutational subgroups.

The experiments outlined in this protocol will answer meaningful questions about the mechanism underlying ID1-driven DIPG invasion and potentially open novel therapeutic avenues. In particular, the possible use of CBD therapy to target the ID1 pathway in DIPG is a clinically relevant but scientifically unexplored question in DIPG.